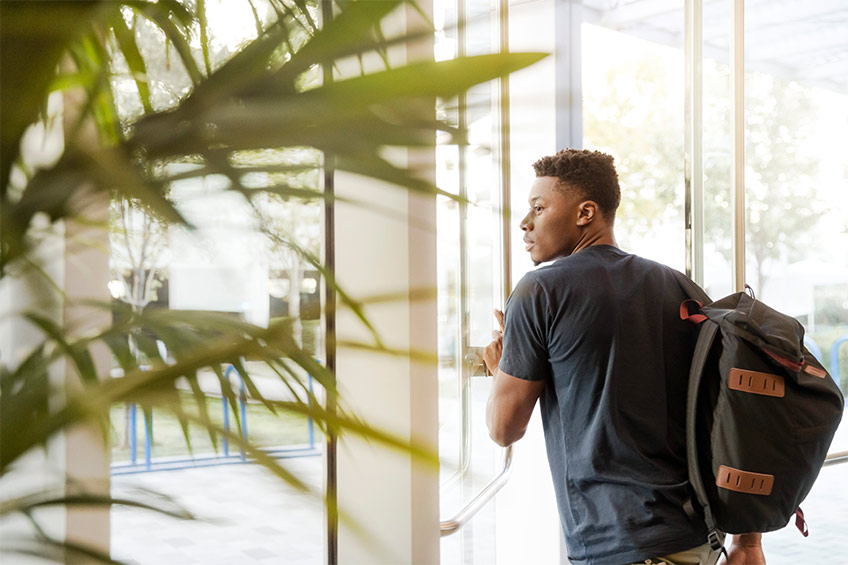 Security in schools is a topic at the forefront of many of our minds. Whether you are a parent of a child in school, a teacher, or a school administrator, recent tragedies in the news may cause you to wonder about the safety of our schools. Shore Window Film hopes to educate and inform people about a little-known but highly effective piece of the school safety puzzle: window film.

Window film enhances security in schools by bolstering the glass windows with an added layer of protection. The multi-layer polyester film holds broken pieces of glass together on impact, making penetration of the glass more difficult. Security window film is one piece the multi-step process to increase safety in schools. Other important components include cameras, magnetic locks, and security doors. Without all pieces of the system in place, a school becomes more vulnerable to threat.

Shore Window Film has improved the security of several schools in the Eastern Shore. We paired 3M Ultra 800 window film with the 3M Impact Protection Attachment System for several schools in Talbot and Somerset counties, including Easton Elementary School, Easton Middle School, Easton High School, and Holly Grove Christian School. Privacy is another element of security in schools. Several schools in Wicomico County have invested in privacy window film. This prevents people from being able to see into classrooms from outside to detect daily activity patterns and plan an attack. An additional benefit of window film is temperature control. We’ve helped schools in Wicomico and Worcester county restrict the amount of solar energy passing through their windows.

Security in schools needs to be an ongoing conversation. While there is no quick fix, a multifaceted security system helps protect our loved ones in times of crisis. Call us today to learn how window film can play a role in enhancing your school’s security.

How can we help?Complete the form below and someone will get back to you promptly.